Hey ‘Pari’ it’s your birthday today we know that before ‘Jab Harry (Virat) met Sejal’ for the first time the situation in your life might be like ‘Ladies vs Ricky Bahl’. Being on the ‘NH 10’ of your life you might have got a ‘Badmash Company’ ,’PK’ in your life and you might have told yourself that its ‘Ae Dil Hai Mushkil’ to decide the ‘Sultan’ of your life who will come with ‘Band Baaja Baaraat’ and will get married with you in a ‘Patiala House’. But as now ‘Rab Ne Banadi Jodi’ you can say ‘Dil Dhadakne Do’ in a ‘Bombay Velvet’ till ‘Jab Tak Hai Jaan’ and after becoming a ‘Phillauri’ you can imagine that was it a ‘Matru ki Bijli or Bijli ka Mandola?’ 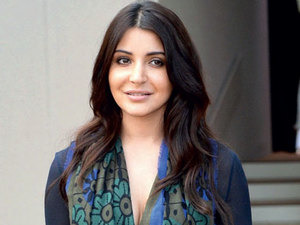 • Born on 1st may 1988 in Ayodhya, Uttar Pradesh Anushka is one of the highest paid Indian Actress, Producer and Fashion Designer. She is also an ambassador for multiple brands and products .She supports various charities, Gender equality, animal rights, and is the co-founder of the production company Clean Slate Films. She has also done campaigns for the brands Silk & Shine, Whisper, Nathella Jewellery and Fiat Palio.
• She made her debut at the Lakme Fashion Week for designer Wendell Rodricks’s Les Vamps Show and was selected to be his finale model at the Spring Summer 2007 Collection in 2007.
• Being the daughter of Colonel Ajay Kumar Sharma an army officer, and sibling of film producer Karnesh Sharma Anushka said military brat has played an important role in shaping her as a person and in 2012 in an interview she said, “I take pride in saying that I am an army officer’s daughter even more than being an actor.”
• In September 2013, she participated and walked on the ramp in a fashion show that was held in memory of the late filmmaker, Yash Chopra.
• In 2013, she pledged to support the education of India’s young girls as part of NDTV’s “Our Girls, Our Pride” fundraiser. She also appeared with other celebrities in a commercial, produced by the National Film Development Corporation of India, to create awareness about the ‘Right to Education’ for children.
• After being educated from army school and received degree in Arts Anushka moved to Mumbai to step forward in modeling career. She pursued a Master of Economics degree through correspondence in 2014 and started practising vegetarianism in 2015. The Times of India has listed her as one of “Bollywood’s hottest vegetarian celebrities” and she was also named as the “Hottest vegetarian of 2015” by PETA .She is an avid practitioner of Transcendental Meditation.
• In April 2014, she asked twitter for a ban on horse-drawn carriages in Mumbai. In October 2015, she launched ‘Pawsitivity’, a campaign whose aim was to sensitise people about the adverse effects of noise, air,water and soil pollution on animal.
• In December 2014, Anushka auctioned the leather jacket which she wore in Jab Tak Hai Jaan on eBay, for the redevelopment of the flooded states of Kashmir and Assam. She also leaded a campaign to collect donations for the victims of earthquake in Nepal in April 2015. As well as she also supports the annual Mumbai Film Festival, and donated money for its cause in 2015.
• She also participated in the opening ceremony of the 2015 Indian Premier League held at Kolkata, along with other celebrities including Hrithik Roshan, Shahid Kapoor, Saif Ali Khan, Farhan Akhtar and composer Pritam.
• In 2016, she supported India’s first transgender band the 6-Pack Band by providing a voice over in their first single, “Hum Hain Happy.”
• In October 2017, She launched her own clothing line, named Nush .Not only this but she also sang song in bollywood.
• She got married to cricketer Virat Kohli on 11th December,2017 in Italy.
• Her four upcoming films such as Zero, Biopic of the actor Sanjay Dutt, entitled Sanju, Sui Dhaaga with Varun Dhawan and Kaneda.

Hereby wishing Anushka Sharma a very Happy Birthday and hope she will enjoy her first birthday after marriage.

This site uses Akismet to reduce spam. Learn how your comment data is processed.

My First Love Towards Nature

My first love for nature! Hi, it’s me again after a long time. It was 24 Nov 2019 I started preparing for my school trip, and yes educational school trip. I charged my rechargeable batteries for my camera. The camera takes two batteries but I charged two extra in case the first pair dies fast […]